I’ll always struggle with city visits to some degree, the overwhelming hustle  and bustle, congested roads and the polluted air filtering through shaded streets from high rise buildings. It just challenges me. I get frustrated with the fast pace of people on the go. The way everyone walks within their own digital space, either with headphones in or eyes glued to their iPhones, instead of being present or aware of their own surrounds. I couldn’t tell you how many times I had to manouver my kids out of the way from people who were oblivious to them being right in front of them.. Head up people!!

Aside from this, Melbourne impressed me! It’s efficiency within the public transport system was almost unbelievable! You hop off a bus and in an instant you could be straight on a tram. We glided around from place to place with such ease it was amazing.

Good old common courtesy!!. We saw some really nice common gestures amongst people in the city. The act of kindness stands out from all else and it was comforting to see this sort of thing.

We had no real plan of what to do besides hunt down some amazing coffee, which we found in a subway! Cup of truth.. Rated a 9.1 on the bean hunter app. The smallest most random coffee stall with the biggest, friendliest dudes ever! It was a good find.

We came across a cool little lane way with lots of street art which felt very iconic to the streets of Melbourne. I love the old cobbled streets and amazing achitecture we saw everywhere. We stumbled into a place called ACMI ( Australian centre for the moving image) it was all free and had a lot of hands on displays in the history and evolution of screens ( old gaming consoles and moving imagery) sounds boring but it was really cool and the kids enjoyed it!

We walked on to eat lunch in a restaurant called Gingerboy we had been keen on for years. The cookbook has had our mouths watering for their amazing menu and we were excited we got the opportunity to experience it! Lived up to our expectations. It was YUM! Kids played swords with chop sticks  once or twice but over all complied with high end restaurant etiquette. Phew!

We promised the kids at treat for their composure in the restaurant and to their surprise we stumbled in on the biggest Lolly shop their little eyes had ever seen! Kids heaven!

We were spent, we made our way back to the trailer park to cool off in the pool before we called it a day.

After spending the morning pool side and refreshing the kids on the swimming lessons we made our way back into the city to meet up with my brothers best friend Soley and catch a Soccer game – Sydney FC Vs Melbourne City. We had some drinks and ate dinner whilst listening to some cool live music in Richmond before making our way to the game. The Atmosphere is always worth the visit to these places, kids had a ball cheering on their team and even through they lost 3 Nil 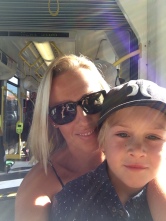 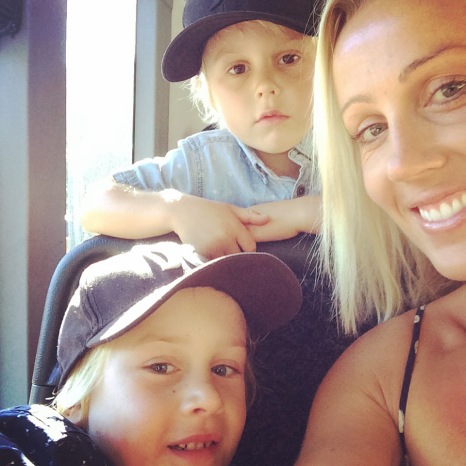 it was such a fun night hanging out with a total legend drinking and laughing the night away. Topped off a short but epic trip to Melbourne that leaves us wanting more! A return trip is most definitely on the cards!!!

Onwards and downwards to the Great Ocean Road.. Next stop… Anglesea.